We are an eclectic group of builders, on an ambitious mission. 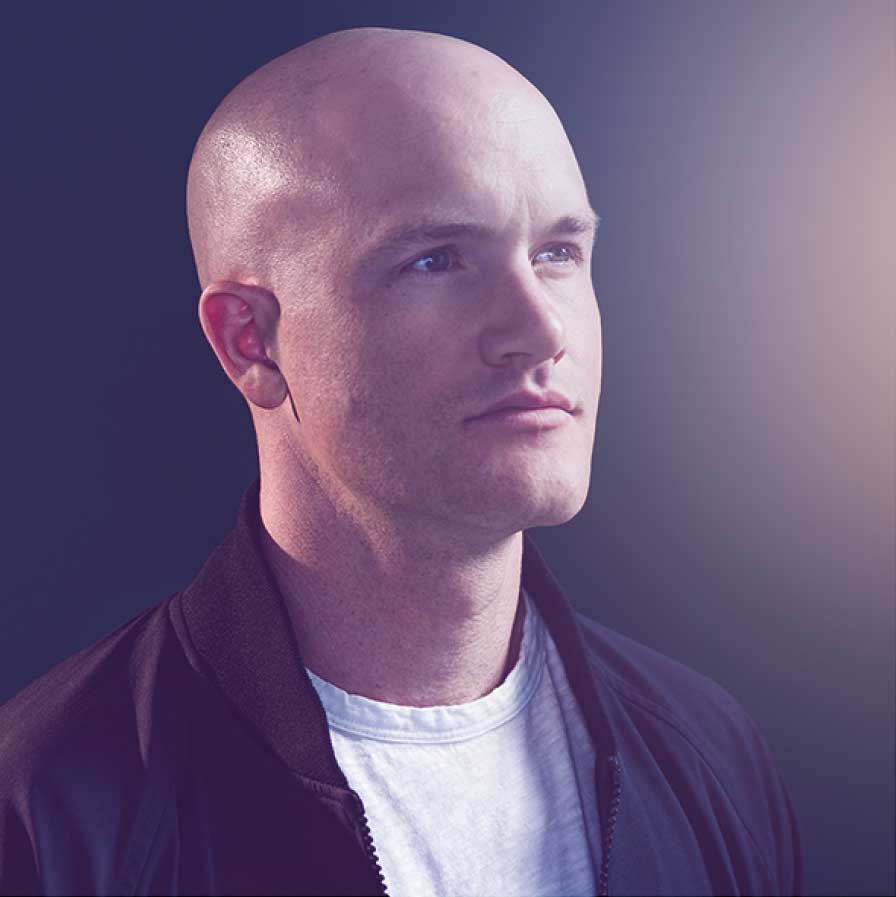 Brian Armstrong is the co-founder and CEO of Coinbase, having grown it from inception to public company with thousands of employees and billions of dollars in revenue. 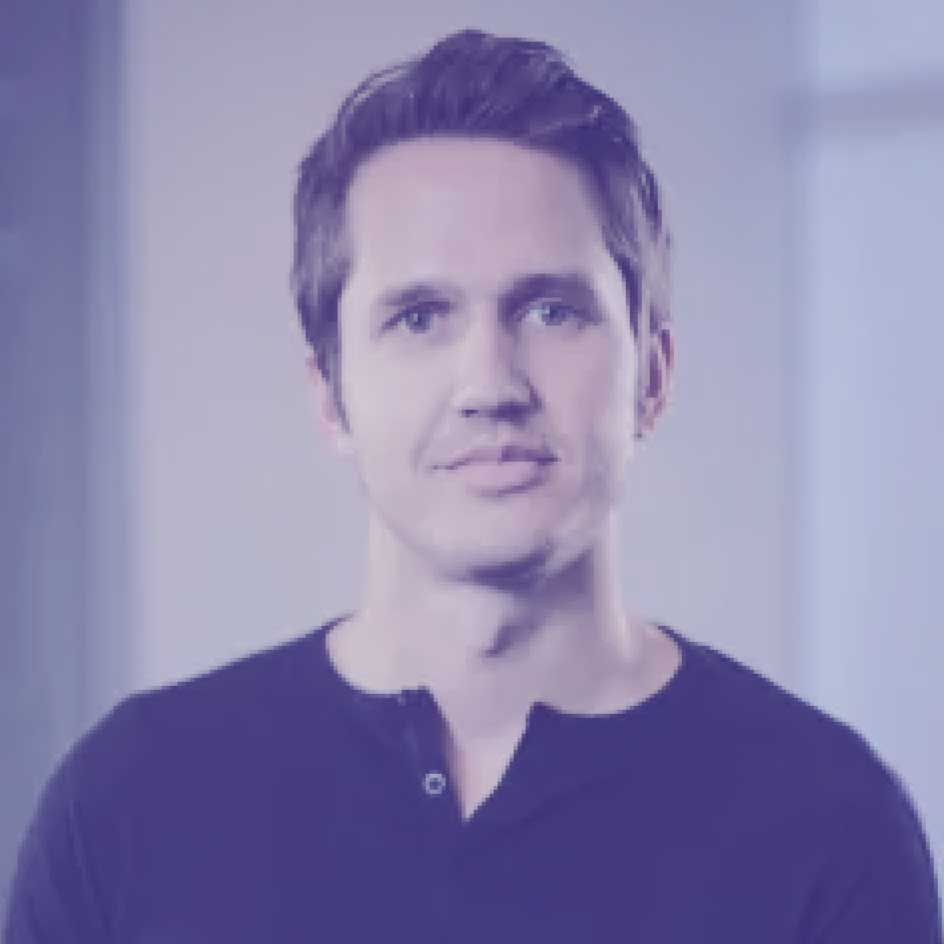 Blake builds and invests in companies that move atoms and bits. His recent investments include Neuralink, Vial, Benchling and Freenome. Blake was most recently a General Partner at GV for a decade where he led investments in tech and healthcare companies. Some of his biotech investments include Forty Seven (Nasdaq: FTSV), Arcus (Nasdaq: RCUS), Denali (Nasdaq: DNLI), and Grail (acquired by Illumina). Blake’s incubations include Pact Pharma, a neoantigen T cell therapy company.

Blake received a PhD and MS in bioengineering from Stanford University and holds a BS in biomedical engineering and BS in economics from Duke University. 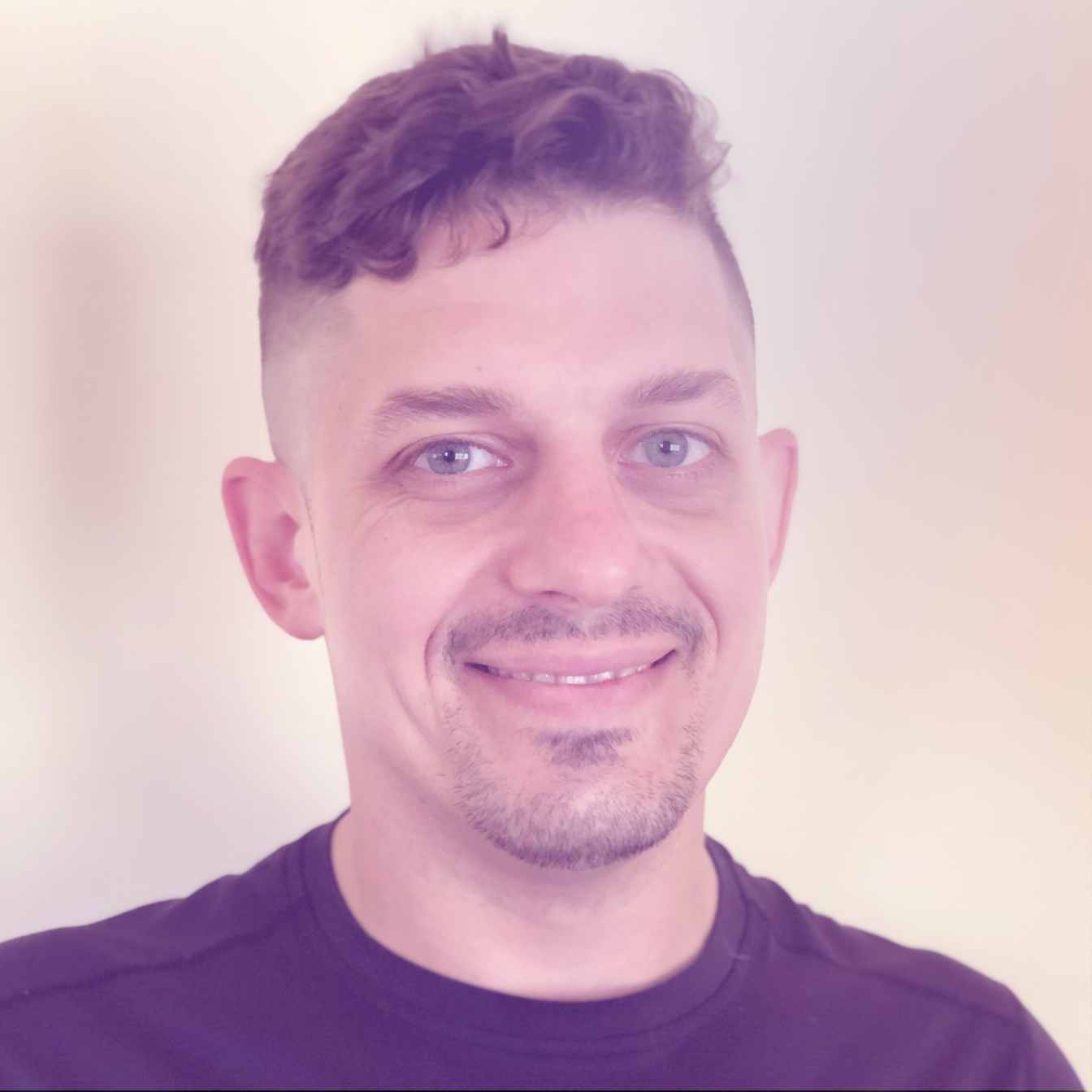 Prior to NewLimit, Greg led and contributed to special projects at Amazon. Before that, he led the development of novel machine learning methods at the Allen Institute for Cell Science. Greg is best known for inventing technology to label diverse tissue structures in silico and developing generative models to propose and prioritize hypotheses for high-throughput experimentation. 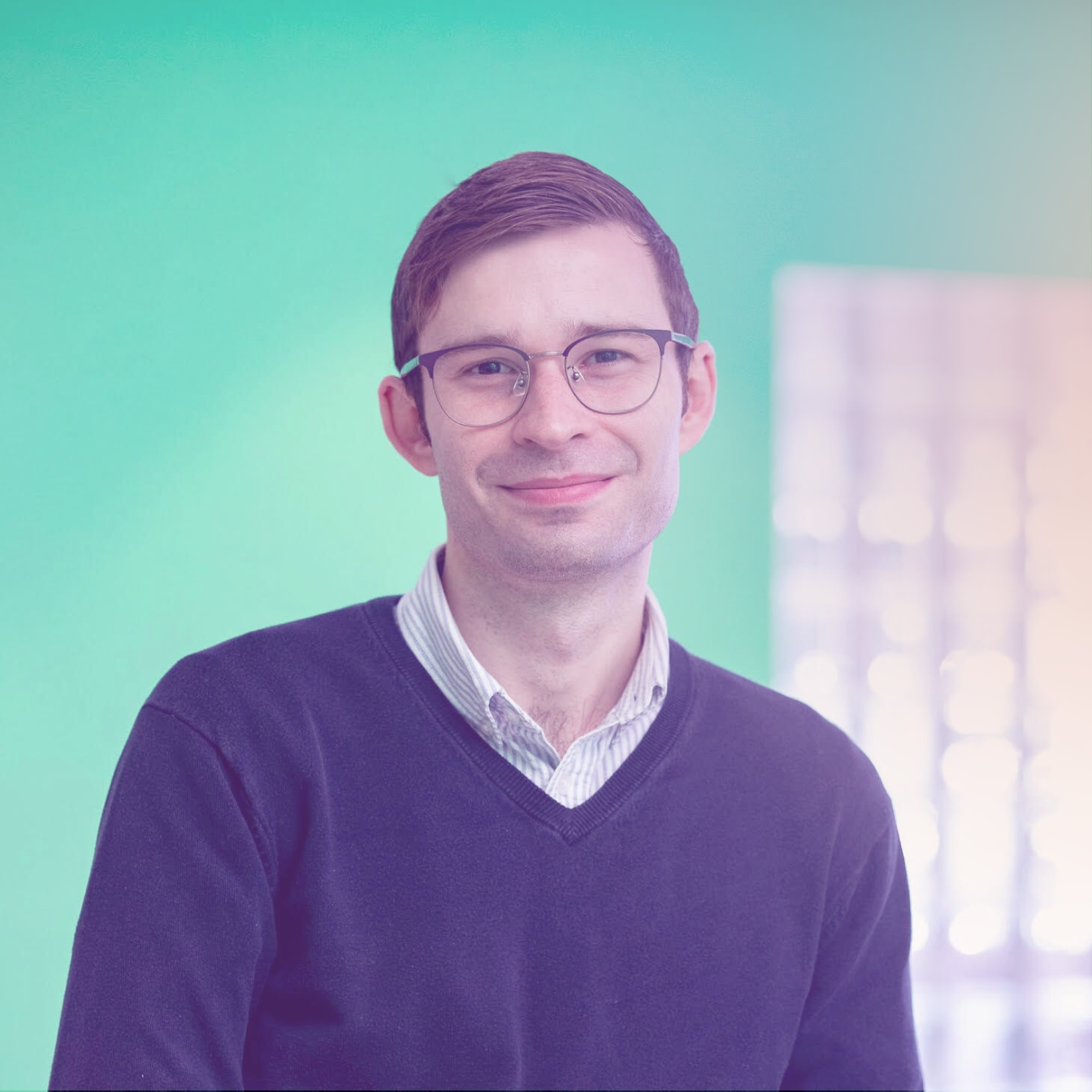 Prior to NewLimit, Jacob led a research laboratory focused on epigenetic reprogramming as a Principal Investigator and Computational Fellow at Calico. His program developed methods to infer and perturb cell identity programs and leveraged these tools to discover reprogramming strategies that restore youthful features in aged cells.

Jacob received a Ph.D. in stem cell biology from the University of California San Francisco. 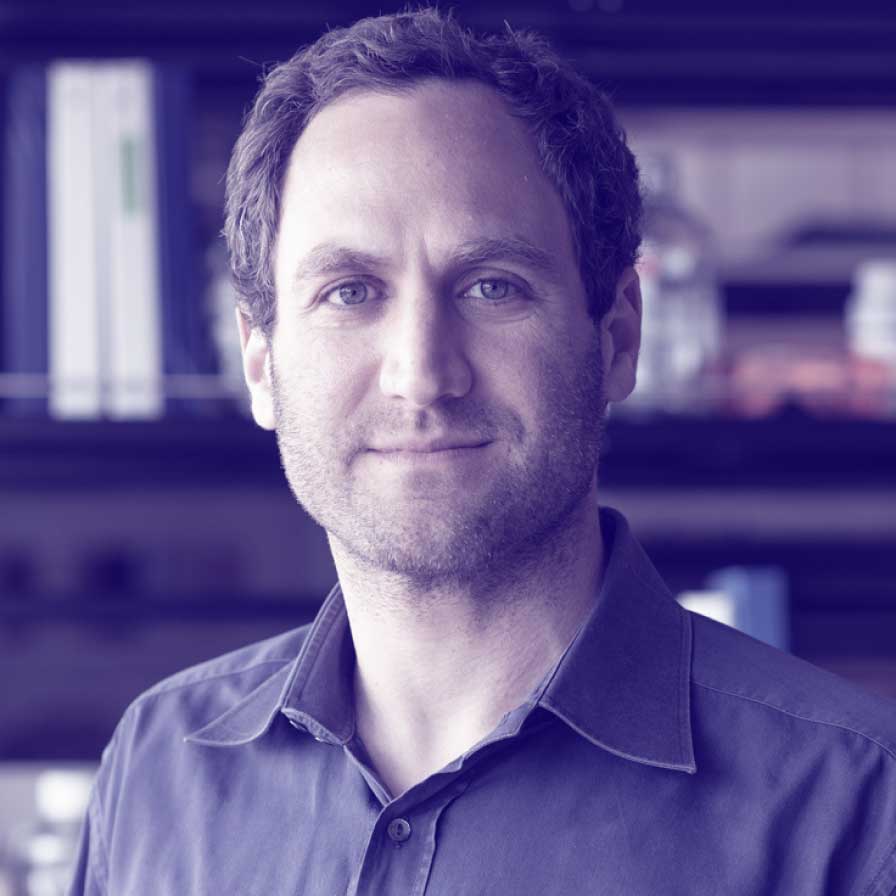 Alex Marson is a professor at UCSF, scientific director of human health at the Innovative Genomics Institute (IGI), and head of the Gladstone-UCSF Institute of Genomic Immunology. Dr. Marson’s research goal is to understand the genetic circuits that control human immune cell function, and his team has pioneered new CRISPR gene editing technologies that offer more precise ways to rewrite DNA programs in human immune cells.

Dr. Marson received an AB and an MD from Harvard, a PhD from MIT, and completed his internal medicine residency at Brigham and Women’s Hospital, and an infectious diseases fellowship at UCSF. 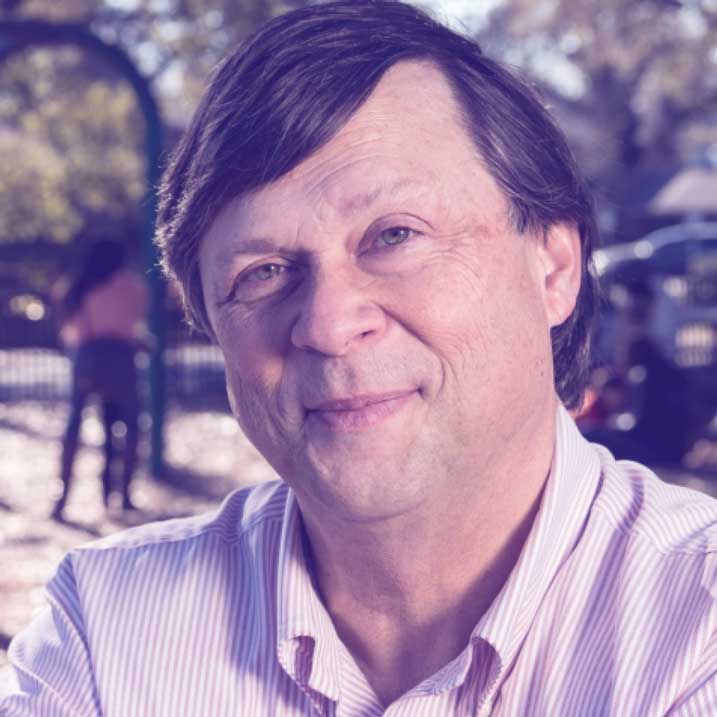 Mark M. Davis is the Director of the Stanford Institute for Immunology, Transplantation and Infection, a professor of microbiology and immunology, and a Howard Hughes Medical Institute Investigator.

Dr. Davis is well known for identifying many of the T-cell receptor genes, which are responsible for the ability of these cells to recognize a diverse repertoire of antigens. His current research focuses on obtaining a “systems level” understanding of the human immune system, including the steady state and vaccine responses of old and young subjects.

Dr. Davis received a BA from Johns Hopkins University, and a PhD from the California Institute of Technology. 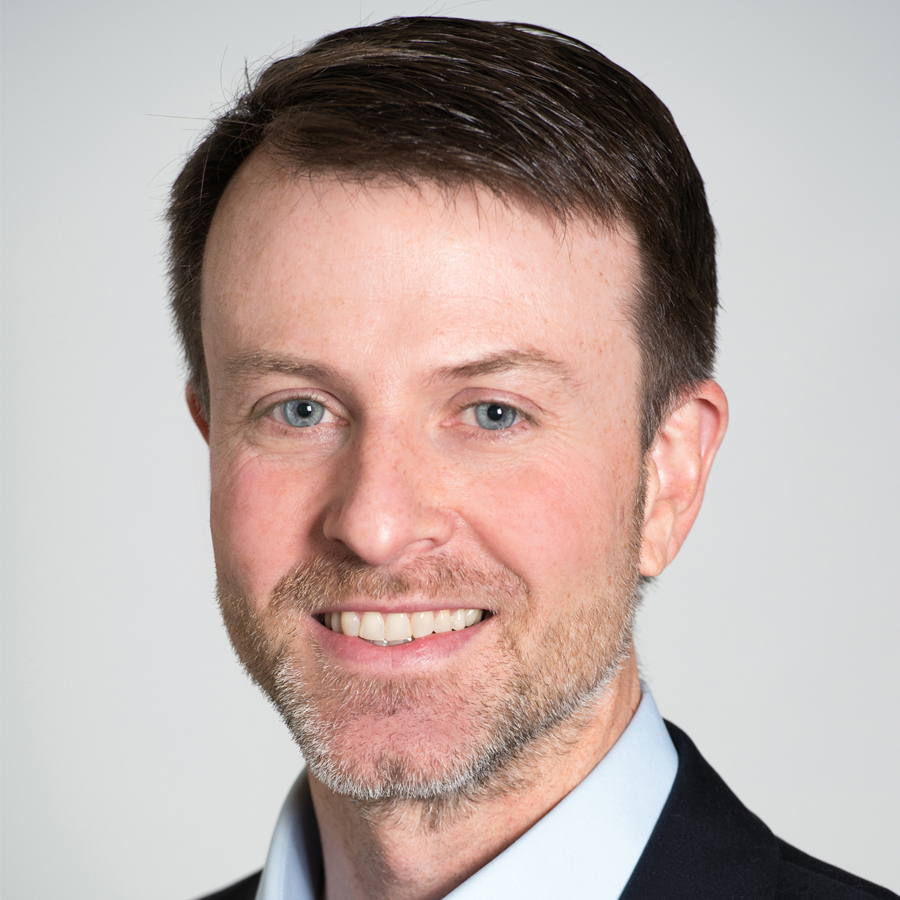 John’s work has pioneered the field of T cell exhaustion and revealed the molecular mechanisms of diverse T cell identity programs. Among other contributions, his group has defined the transcriptional program of T cell exhaustion, revealed the functional characteristics of exhausted T cells, and discovered the role of inhibitory receptors such as PD-1 in the exhaustion program. The Wherry lab has demonstrated that exhaustion programs play an important role in limiting the effectiveness of adaptive immune responses to both chronic infection and cancer and explored checkpoint blockade mechanisms to re-invigorate exhausted cells. To enable these discoveries, the Wherry lab has employed emerging epigenetic profiling technologies to define T cell identity programs, identify the molecular drivers of these transcriptional programs, and delineate distinct T cell fates.

Dr. Wherry holds a Ph.D. in Immunology from the Thomas Jefferson University and a B.S. from the Pennsylvania State University. 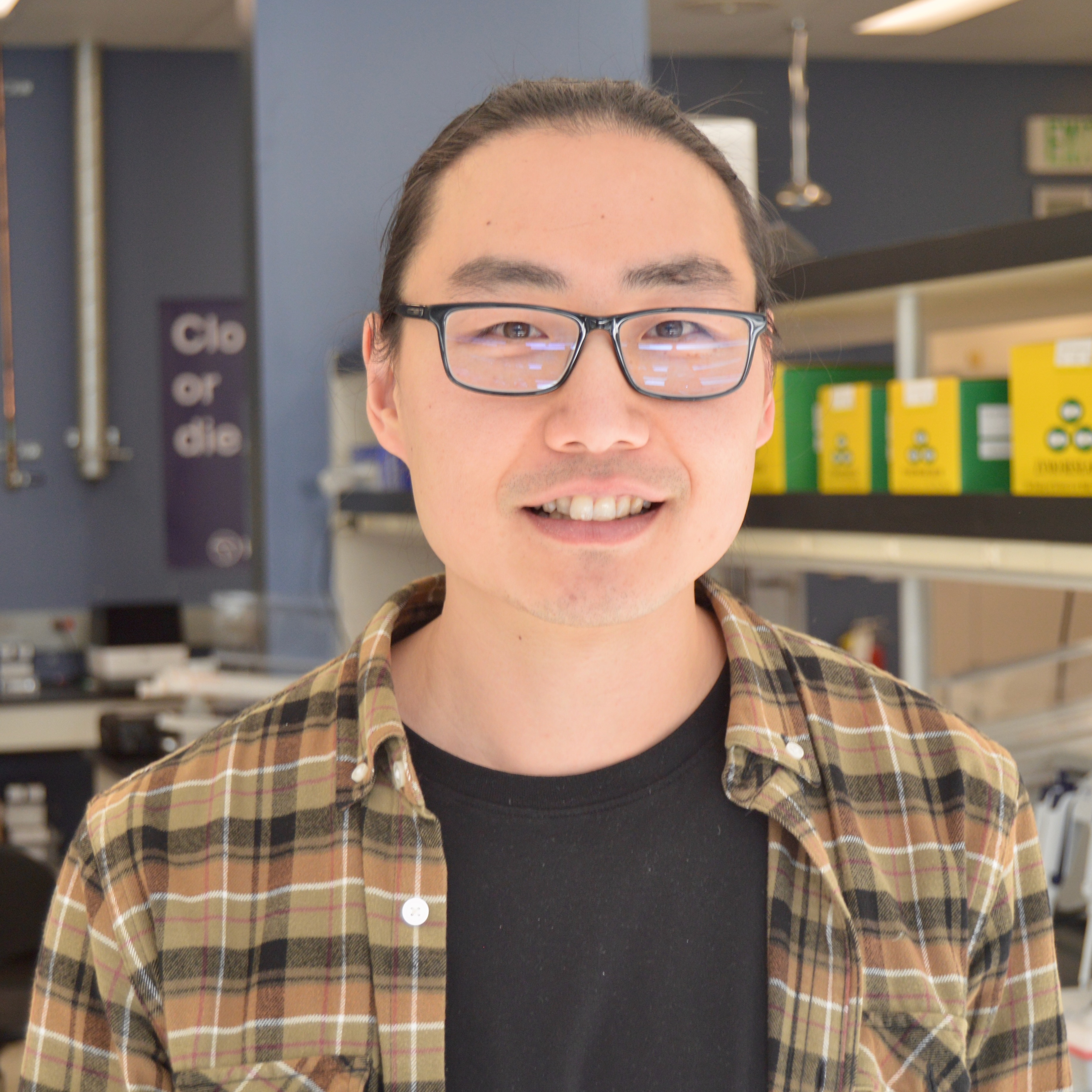 Dave contributes to the design and execution of single cell functional genomics screens at NewLimit to identify epigenetic reprogramming factors. 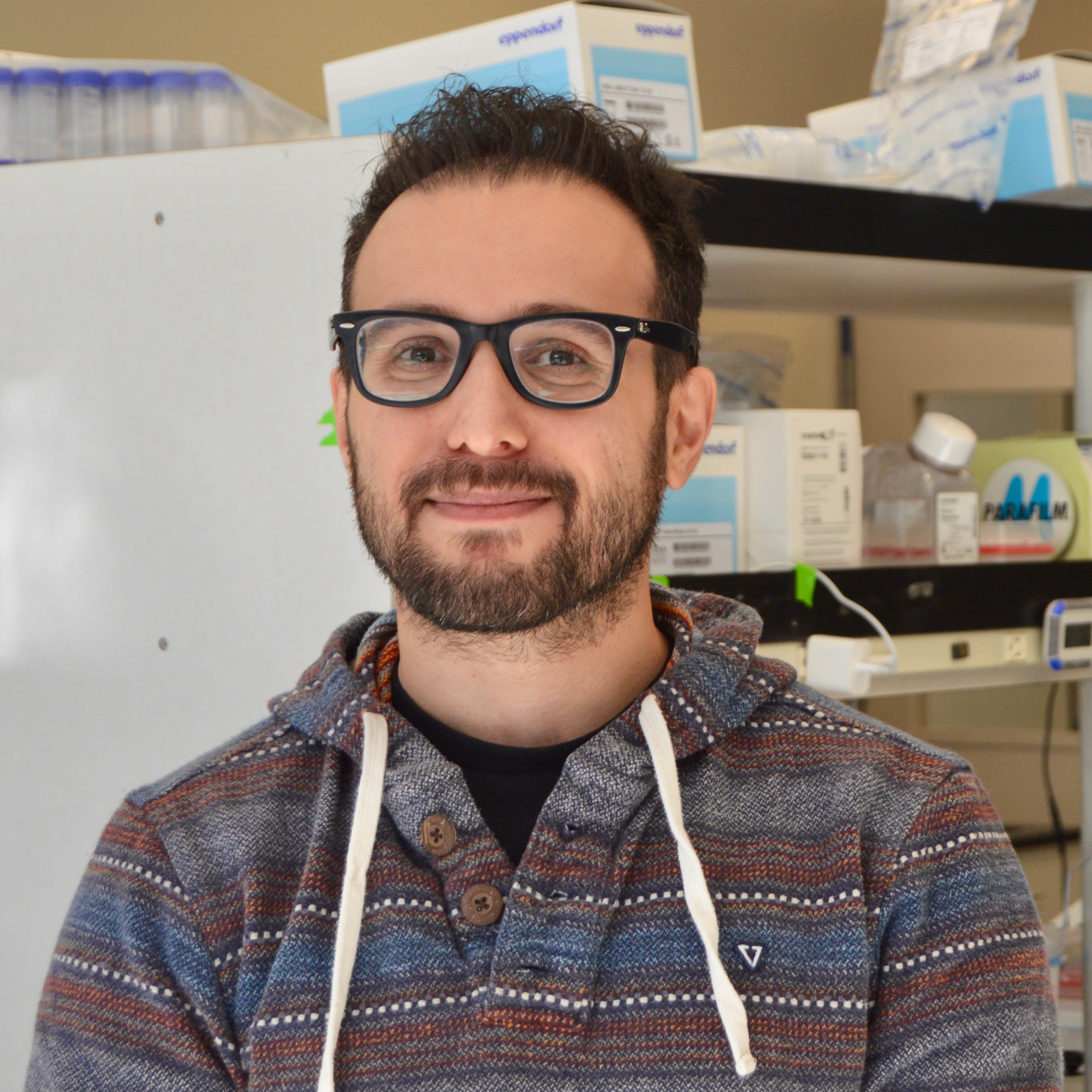 Nader contributes to the design and execution of pooled perturbation screens to identify epigenetic reprogramming factors.

Nader received a Ph.D. in molecular genetics from the University of Toronto. 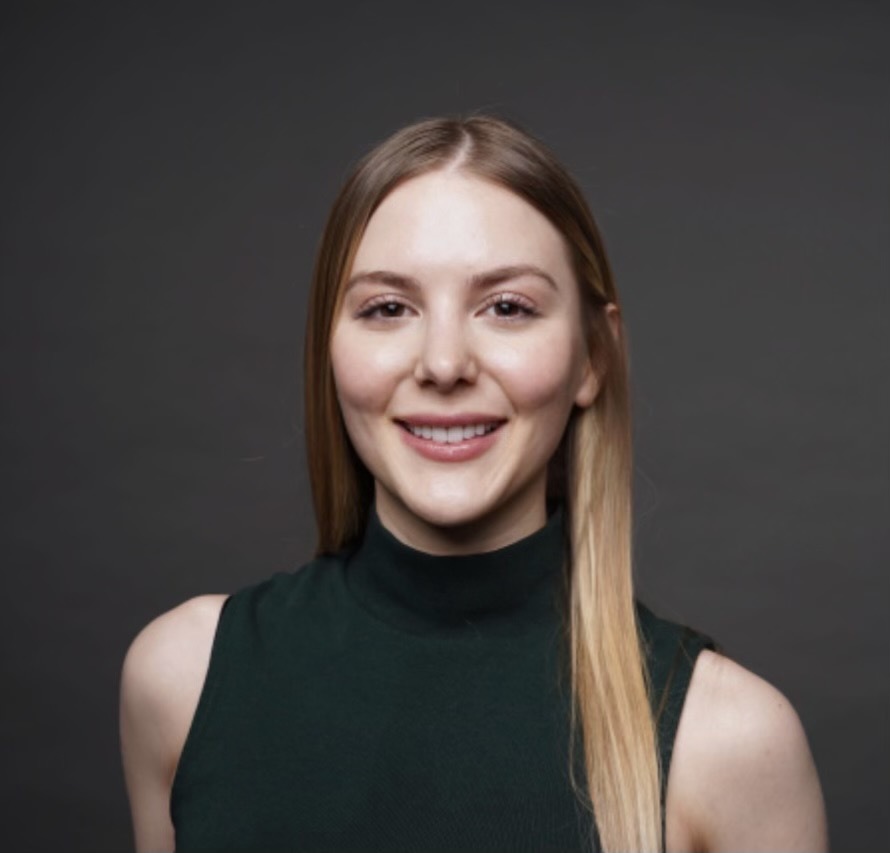 Prior to NewLimit, Katie led the LabOps team at Antheia, Inc., which assisted a diverse range of departments from Molecular Biology to Finance. Other past experience involved leadership in the overnight Covid-lab with Color Health, as well as lab administration for IDT’s research facility in the Bay Area.

Katie received an MA in English Literature from Royal Holloway, University of London, and a BA in Biology from Saint Mary’s College of CA. 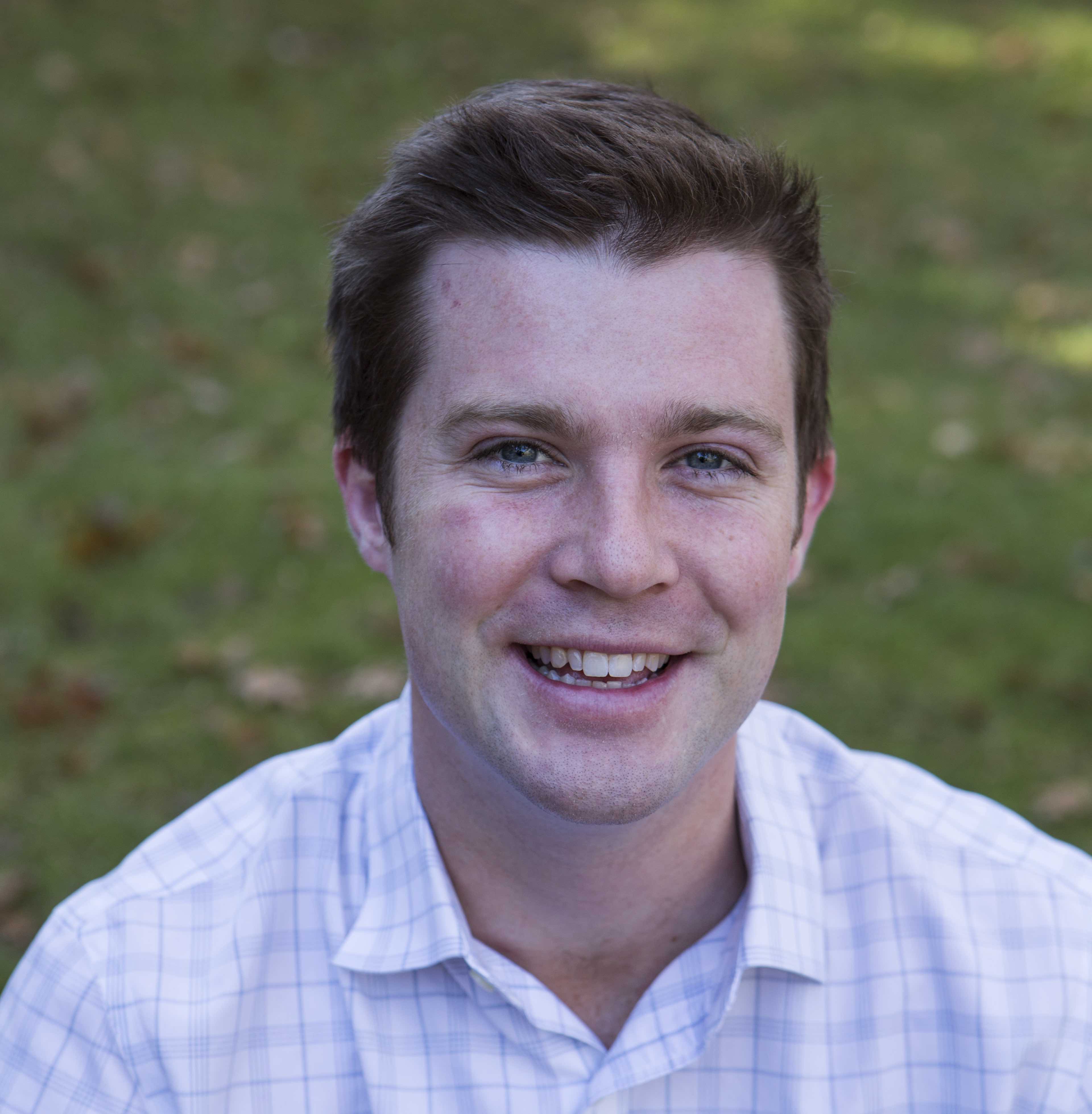 Wes received a PhD in Biomedical Science from Sanford Burnham Prebys Medical Discovery Institute and a BA in Biochemistry from the University of San Diego. 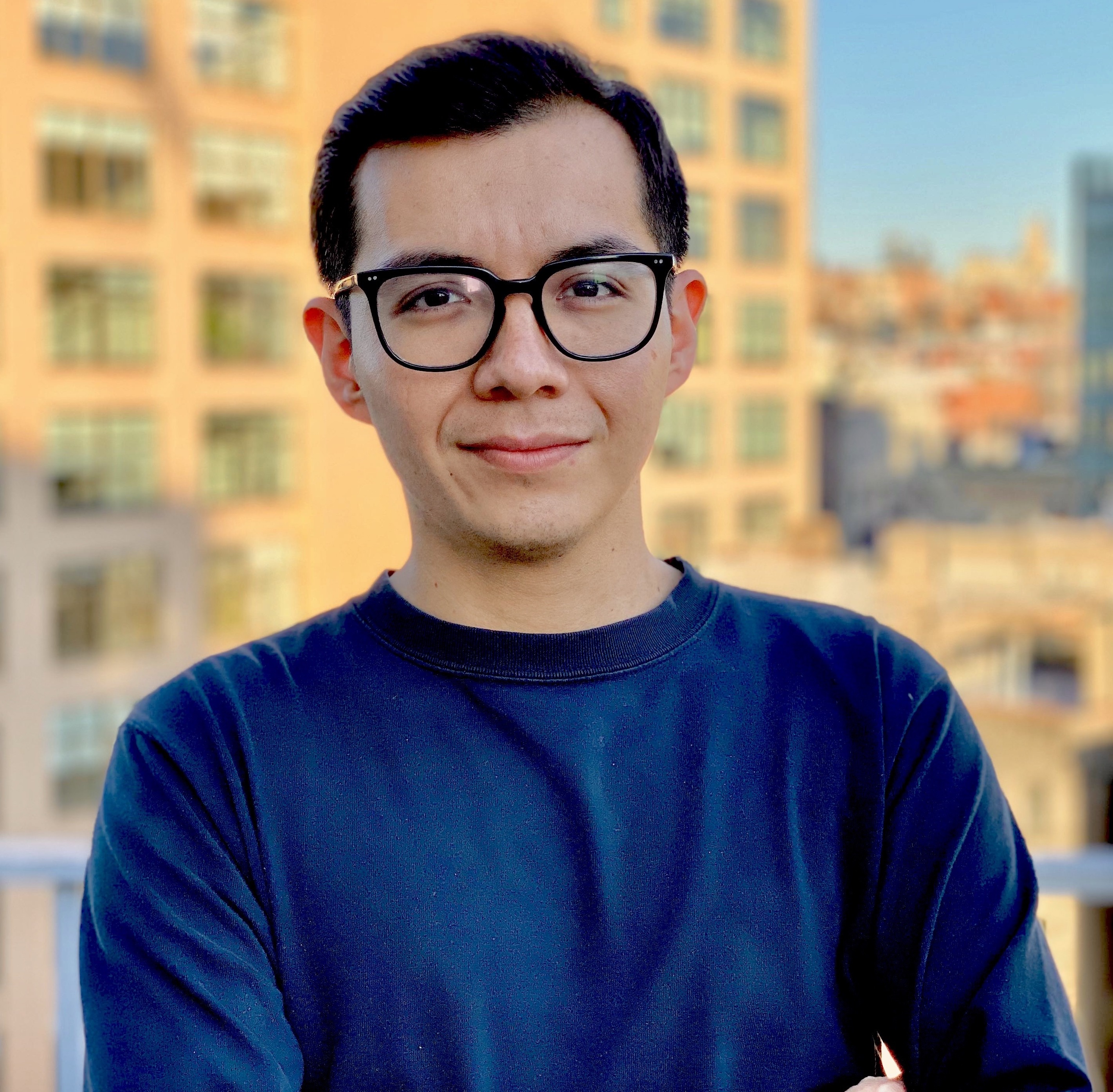 Alex received a PhD and MS in Biomedical Sciences from the San Luis Potosi University, Mexico. 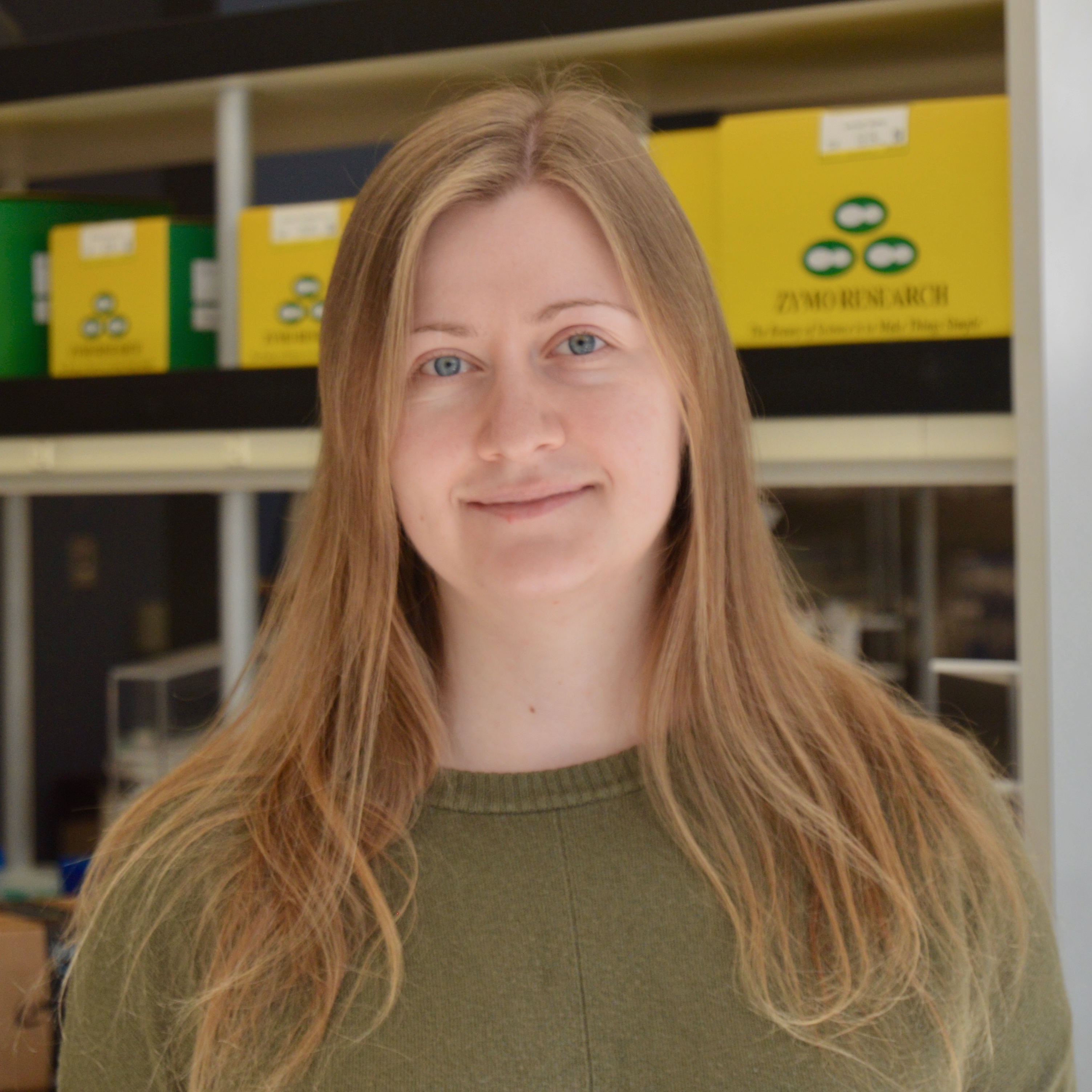 Prior to NewLimit, Yana was a postdoctoral researcher at the University of California San Francisco, working to elucidate mechanisms of aging from the perspective of epigenetic regulation of ribosomal DNA.

Yana received a PhD in genetics from the University of California Davis. 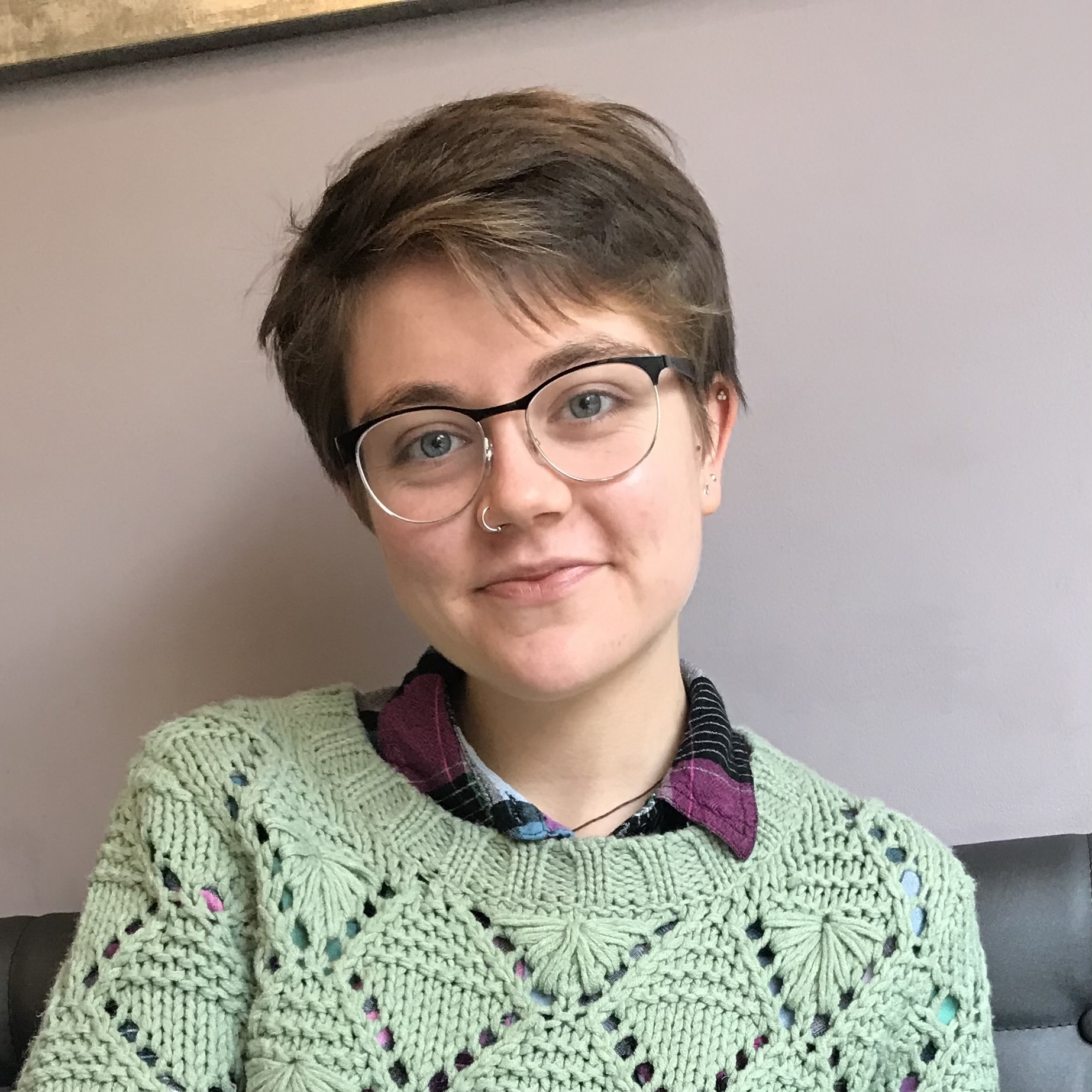 Prior to New Limit, Sophie worked on high throughput CRISPR engineering and cell profiling at the Chan Zuckerberg Biohub.

Sophie earned a Bachelor’s degree in biology from Pomona College in 2020. 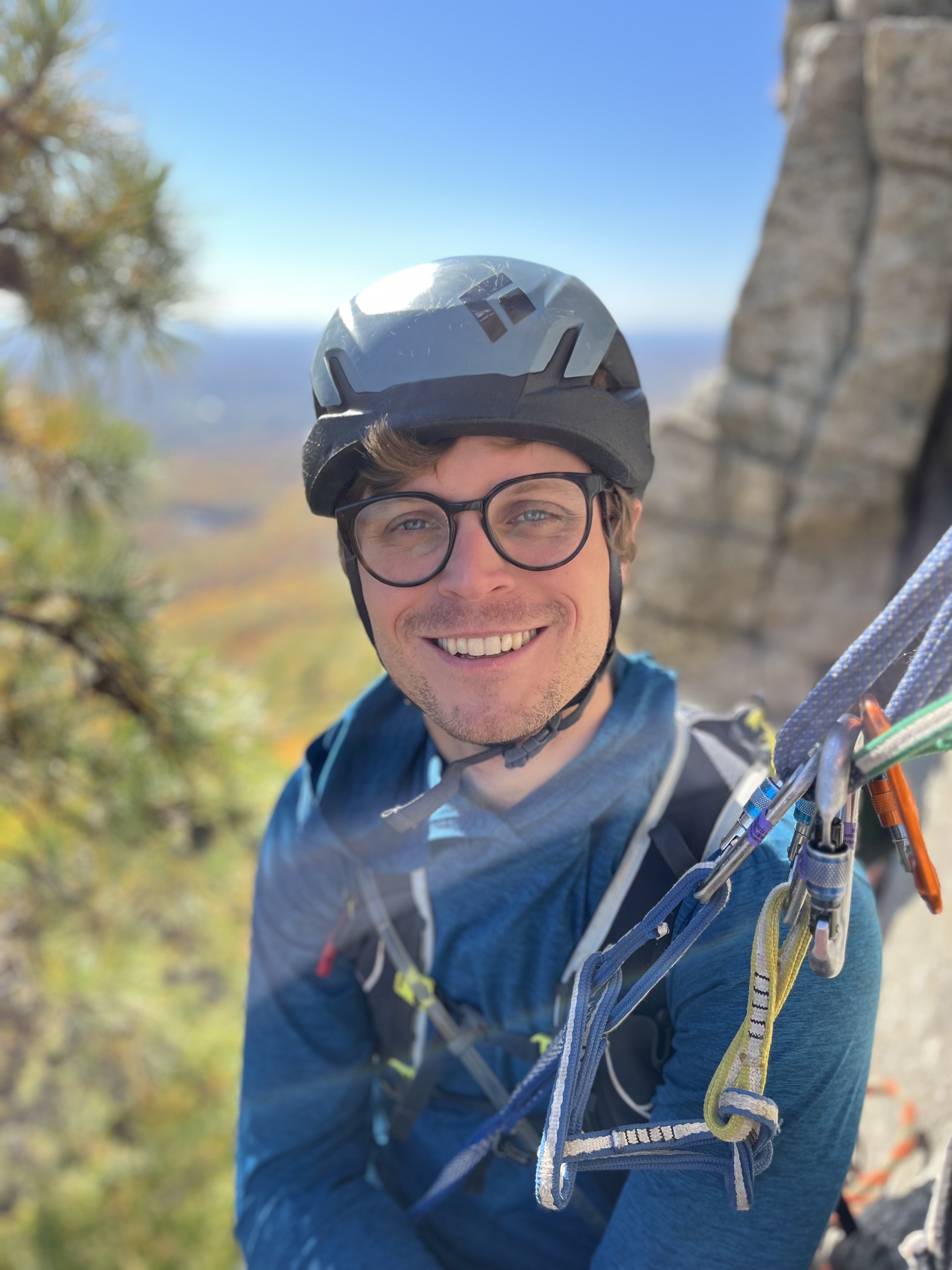 Conner is a Data Scientist on the Predict team at NewLimit working on Building pipelines & computational infrastructure for single-cell genomics data and developing models to predict cell function.

Prior to NewLimit, Conner completed his PhD in Computational and Systems Biology at MIT, working in the Shalek Lab. Outside of work, Conner enjoys rock climbing, cooking, and taking ice baths.

Prior to NewLimit, Lucas participated in research projects to develop novel computational methods for analyzing single-cell data. Lucas developed interpretable deep generative models integrating prior biological information about gene programs to shed light on cellular identity and how it is affected by perturbations.

Lucas received a PhD in computational biology from the University of California Santa Cruz, and a MS and Biotech engineering degree from the Strasbourg Graduate School of Biotechnology in France. 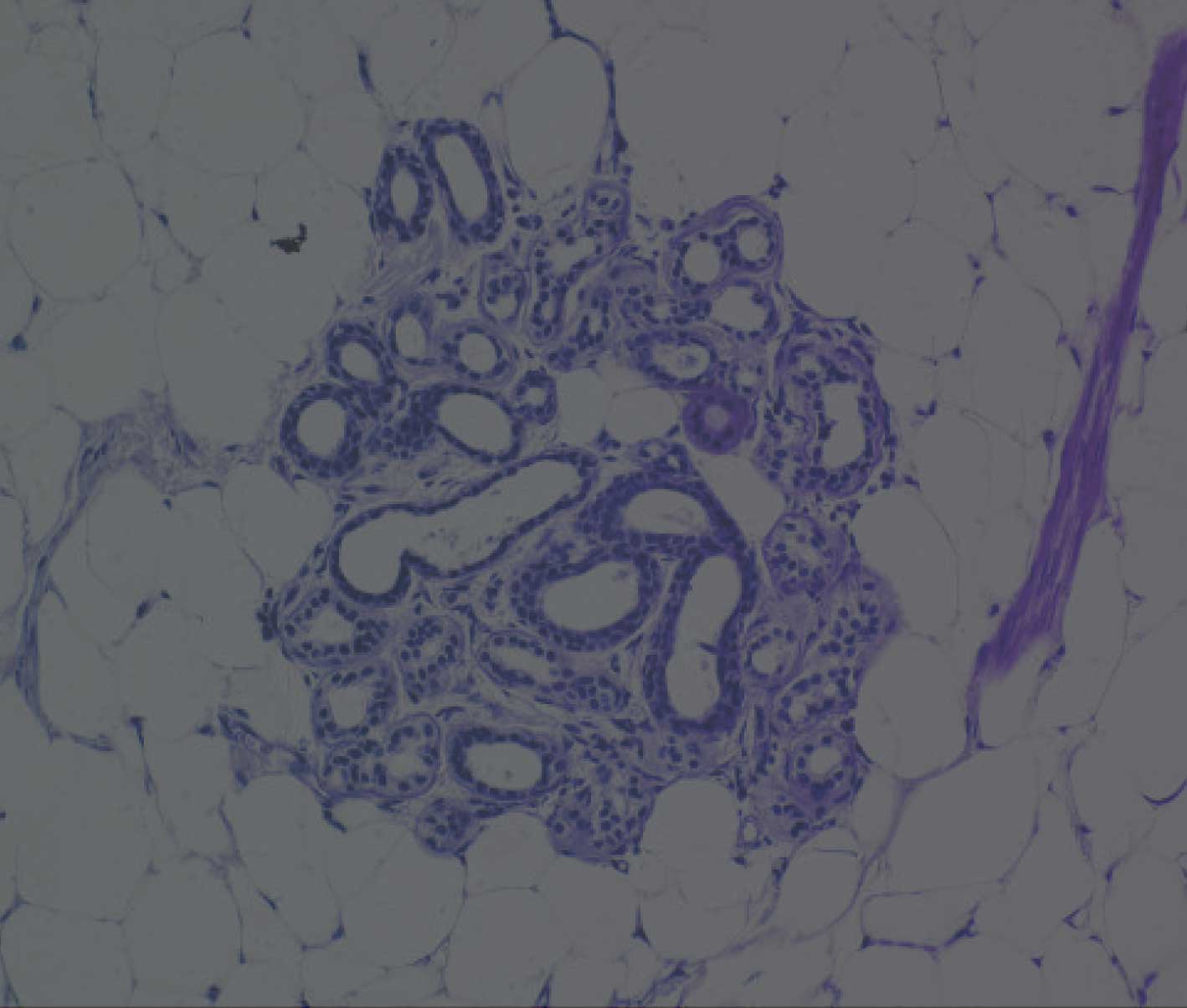 Reprogramming our biology to take a different path.

Read the latest news from NewLimit